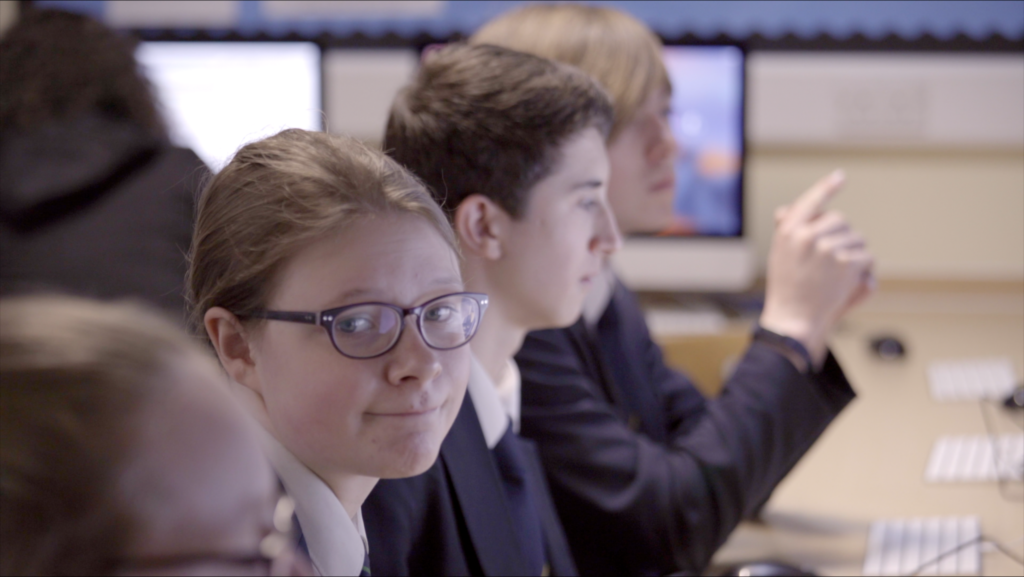 Maria sets off on a research career path

Maria is proud to have taken part in Genome Decoders, in fact it is what inspired her to start on her path to become a researcher in zoology. She starts university in September.

As part of the IRIS project, she joined students from more than 90 UK schools to annotate the genome of the human whipworm, Trichuris trichiura. She contributed a significant number of the more than 20,000 annotations delivered.

Trichuris trichiura is a parasitic worm which causes a Neglected Tropical Disease which negatively impacts the lives of millions worldwide by causing symptoms such as malnutrition and cognitive developmental problems. IRIS developed Genome Decoders in partnership with the Sanger Institute, to help scientists generate a quality reference genome for the human whipworm.

Maria was attracted the concept of working to help solve a real-world problem alongside scientists. But she needed coaxing. Her science teacher Mrs Hampson encouraged her to take part.

“As I was the only person involved in the project from my year, I had to learn to work in a team where everyone else knew each other.”

Within just a short time, she became one of the most active members of the school research group and one of IRIS top annotators. The following year she worked with scientists from Sanger to help IRIS rewrite the training manual for the project.

The project inspired me to further my understanding of genetics, which will be a big part of my university course and life after university, working as a researcher.

“I feel incredibly lucky to have been able to take part in this project; to have the opportunity to work alongside scientists towards a treatment for a real-world problem has been amazing. I have learnt so much about genetics, and subsequently how scientists apply this information practically to combat disease. I was able to spend time in a cutting-edge laboratory alongside researchers and acquired new skills such as writing an informative document and filming instructional videos.”

Maria plans to study zoology as a researcher. She says taking part in the IRIS research project inspired her on a research career path.

“The project inspired me to further my understanding of genetics, which will be a big part of my university course and life after university, working as a researcher. My ultimate goal is to become a zoologist, possibly studying animal intelligence.”

“I am very passionate about equal opportunities being available in every sector of work. STEM subjects have previously been seen as male dominated, so breaking those stereotypes as a girl studying sciences and maths is very rewarding for me.”

She recommends that more students take part in IRIS projects.

“I really enjoyed working with IRIS, particularly the way the project made me feel like I was working alongside top scientists.”