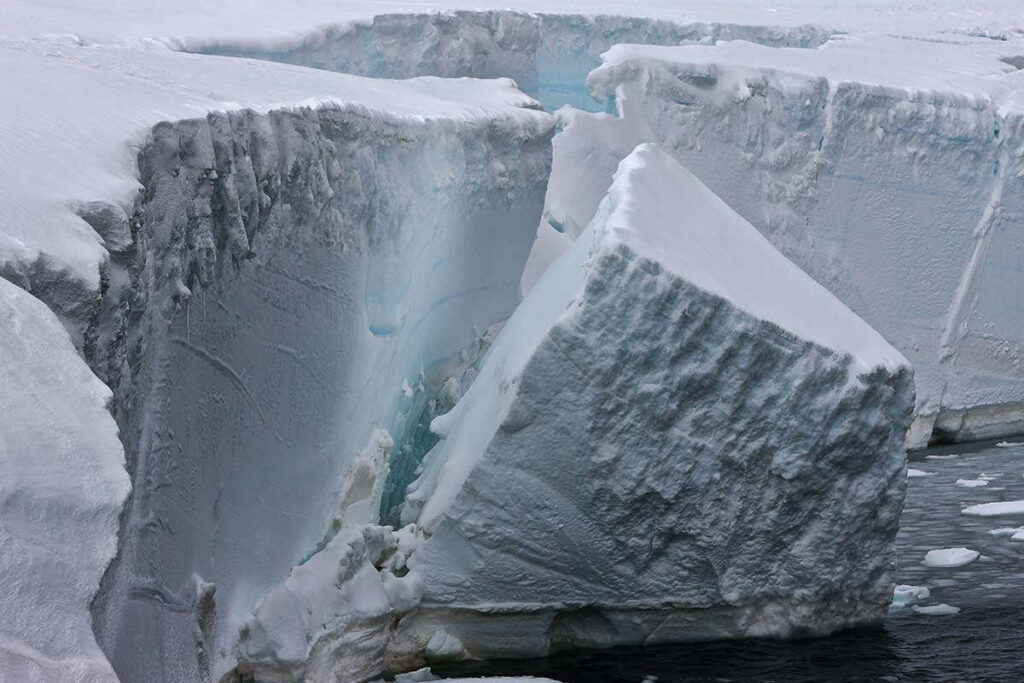 Over lockdown, a group of Year 11 students from the Asker videregående skole in Norway helped scientists evidence the dramatic environmental changes in Antarctica.

The students have been tracking the Thwaites Glacier and a rotating iceberg just off the Brunt Glacier as part of Earth Observation. The project encourages young researchers to investigate glaciological features, floods and fires, exploring how they change overtime and their potential impact on local communities. Students’ research contributes to scientists’ efforts to understand our changing landscape.

“It is amazing to see the important work that students at Asker have done over the past few months.  Environmental change in Antarctica is already dramatic and the consequences have global impacts. Earth observation satellites such as Sentinel-1 are an essential tool for tracking icebergs so these results are scientifically interesting. I hope the students go on to use these skills in their future career.”

Asker students used Sentinel-1 satellite images to map key features of the Antarctic glacier over time. They found it was migrating an average of 36 metres a day – an alarming rate that could equal 21.1 kilometres in 594 days.

They observed a large rotating iceberg just off the Brunt Glacier with a shelf of 170 square kilometres (over 16,400 football pitches). Their analysis of the satellite images showed that the iceberg travelled an incredible one metre per hour – a rotation of at least two rounds every 108 days. The students were astounded to see at how quickly something so large could move.

The students met with a scientist from the British Antarctic Survey (BAS) and the Centre for Satellite Data in Environmental Science to discuss their findings and next steps for their research. The Asker students plan to continue to  monitor the iceberg over the coming year to better understand its history and its overall impact on global warming. They also want to investigate the impact of sea water on ice to further understand the rotation of icebergs. The BAS scientist has challenged them to look into the salinity of the sea water whilst testing.