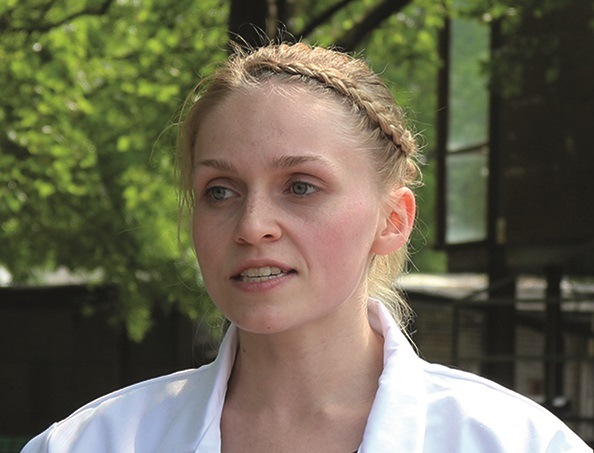 Chantal, a physicist at the Culham Centre for Fusion Energy, studies fusion so the UK can one day develop facilities capable of powering the national grid. But she wasn’t always interested in science, particularly not in the early days of her education.

“It seemed more like a history lesson rather than a subject which is continually developing and impacting our daily lives.,” she says.

Being exposed to this project, and visiting CERN were two major contributing factors to my decision to study physics at university.

Chantal was bright but found studying science at GCSE level uninspiring and, at times, discouraging. She took maths, statistics, English language, English literature, French and business studies and, heeding the advice of her elders, she completed a Double Award science.

At A Level, Chantal chose to study law and business. She added physics as it was a good core subject and she was strong at maths.

Chantal’s passionate physics teacher organised a school trip to CERN, the world renowned atomic physics laboratory in Geneva. For Chantal, the visit was life changing. Marvelling over the Large Hadron Collider unveiled to her the glory of science.

“Physics was revealed as a subject full of life, constantly developing.,” says Chantal.

“I was introduced to a huge facility, deep underground, where scientists, men and women, were conducting experiments by smashing unimaginably small particles into each other to see what happens. Before the trip I hadn’t even considered that there was anything more to learn about the world, but I came back in awe of the gigantic machinery being developed to understand the invisible particles that construct the world around us.”

“I couldn’t believe that just a year before, I had no idea if these experiments were going to take place, and that physics research is something that still happens today.”

Her involvement in LUCID piqued her interest further. LUCID was a collaboration between students and CERN to develop a device to measure the high-energy protons and atomic nuclei which move through space at nearly the speed of light. Chantal says her lack of confidence held her back from playing a more active role, but the experience sparked her inquisitive nature. She started to wonder and ask loads of questions. As any good scientist knows, enquiries are the basis for all discoveries, both personal and scientific.

“Seeing other students my age participating in the project and bringing the detector to life made scientific research seem more achievable. Being exposed to this project, and visiting CERN were two major contributing factors to my decision to study physics at university,” said Chantal.

Chantal strongly believes you cannot underestimate the importance of research in schools. If she had not had the experience of physics research during her A levels, and the support of her physics teacher and parents, she’s not sure she would have attended university, let alone become a researcher. The opportunity to observe, absorb and develop an awareness of the world of research engendered in her a confidence and belief that she could make a significant contribution if she was willing to work hard.

I couldn’t believe that just a year before, I had no idea if these experiments were going to take place, and that physics research is something that still happens today.