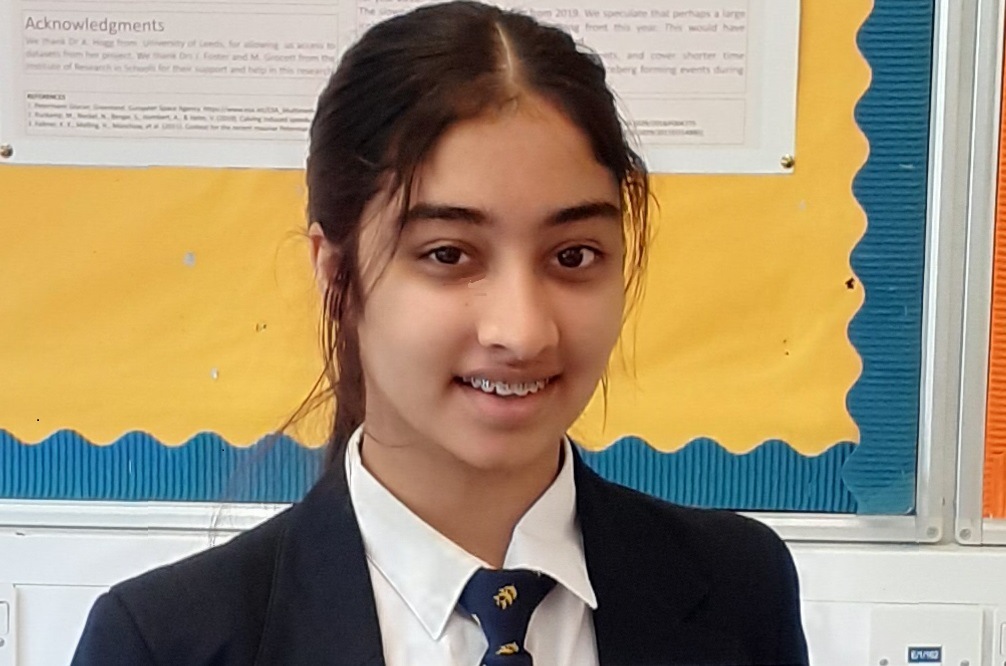 Sahiba was one of two year 10 students from Alec Reed Academy recently received CREST Silver Awards for their first ever research projects.

Just before lockdown her science teacher signed-up to IRIS. We were really impressed with his students’ research on glacier movement and encouraged them to submit their posters for a CREST Award.

The students showed a real understanding of the subject and, due to their teacher’s pro-activeness and support, they were able to produce two sterling posters in very little time.

We all found difficulties doing some of the tasks, but we kept trying and finding out.

Sahiba says she enjoyed the experience and that doing research gave her the opportunity to learn more about a subject she previously knew nothing about.

“We all found difficulties doing some of the tasks, but we kept trying and finding out,” says Sahiba who was born in Kabul, Afghanistan, and wants to be a medical doctor.

She felt empowered with her new knowledge and is now more aware of the impacts of environmental change.

She said winning a CREST Award felt amazing and it really mattered to her as a science student with high ambitions.

“I think they deserved the award because of their enthusiasm in learning about glaciers and global warming. They also worked hard to achieve a successful research project on a topic of actual relevance.,” said Alberto Munoz, the students’ teacher.