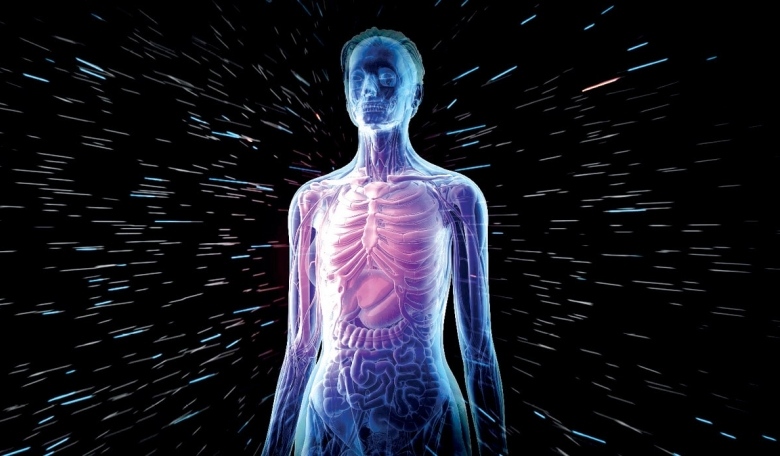 Imagine what it would be like to live in space. What type of shelter will you live in? What kind of protection would you have from the elements? How long could you stay there?

The universe is full of energetic particles that play a large role in answering every one of these questions. Radiation affects humans and technology, which is why it is a top concern for anyone living in deep space for long durations. A NASA group called RadWorks is using radiation detectors the size of USB thumb drives to collect data on the ionizing radiation inside the International Space Station.

RadWorks has teamed with the Institute for Research in Schools to engage high school students who are helping to analyze the radiation data collected during European Space Agency (ESA) British astronaut Tim Peake’s time aboard the station.

Radiation in space takes the form of subatomic particles and ions from our sun and other sources in the galaxy. On the surface of the Earth, humans are protected by our planet’s atmosphere and magnetic field. Astronauts on the space station do not have the same atmospheric protection from radiation and receive a higher dose than people on the ground. NASA is working to better understand and monitor radiation exposure to crew members during long duration space exploration missions on the journey to Mars.

Right now, research is being conducted in low-Earth orbit (LEO) aboard the space station to gather data on radiation that can threaten astronauts. RadWorks is using radiation detectors based on a chip called Timepix that was developed by an international collaboration at the European Organization for Nuclear Research (CERN). Timepix allows measurement of location, energy deposition, and time-of-arrival information for ionizing radiation particles passing through the sensor.

The Timepix-based radiation detectors aboard the space station, named Radiation Environment Monitors (REMs), are collecting data many times per minute at different locations within the station. NASA’s Space Radiation Analysis Group downloads this data in order to study the radiation inside the space station and learn more about the particles.

The aptly named TimPix initiative is making the REM data taken during ESA astronaut Tim Peake’s stay on the station available to teachers and students. In collaboration with NASA’s RadWorks, the Institute for Research in Schools administers TimPix with funding from ESA and the United Kingdom Space Agency. Many data sets are currently available and others are being added as the mission progresses.

Aimed at high school physics classes, TimPix offers students aged 14-18 the opportunity to analyze space radiation data and take part in authentic space station research. These students are helping NASA find answers to additional questions that are key to enabling future long term human space flight missions. What type of radiation is present? What impact do different altitudes or locations around the world have on the number and types of particles detected? What happens during a solar flare?

RadWorks is part of NASA’s Advanced Exploration Systems (AES), which is pioneering new approaches for rapidly developing prototype systems, demonstrating key capabilities, and validating operational concepts for future human missions beyond low-Earth orbit. AES activities are uniquely related to crew safety and mission operations in deep space, with a strong focus on future vehicle development. Through RadWorks, AES addresses the radiation detection, monitoring, and protection that will be needed for human exploration on the journey to Mars and beyond.